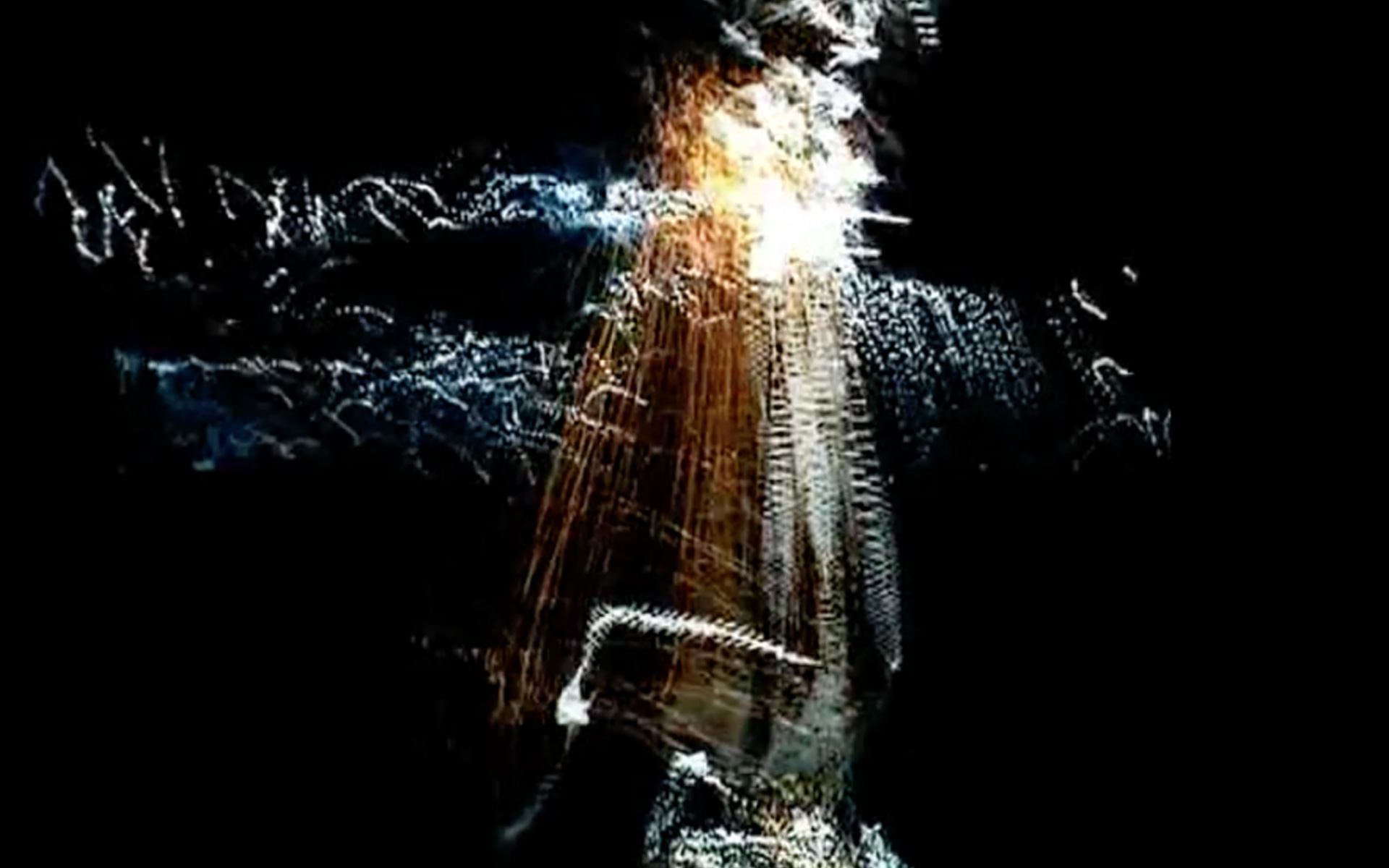 Strøem is an electronic installation inviting the visitor to become part of an ever flowing space that is seeping through the physical boundaries of the room it occupies. Its ambition is to create an environment that extends a given location by visual and acoustic elements, adding to its atmosphere and disposition. Strøem undulates in an ever-changing manner, twisting and bending throughout its own ambiguous currents, but its intention is not to extinguish or annihilate, but to smoothly adapt to. Becoming a second skin it fills the room with anticipation of yet another – virtual – place, coexisting with this space in the same time and the same place. Strøem is not complete without the space it resides in. In fact it remembers and re-contextualizes the emotions, events and specific qualities of a place and its vicinity, amplifying or mitigating them, but always transforming them to another form of awareness and re-enactment.

Visiting Strøem means to dispute, to explore and to insert oneself into its flow. If let alone, Strøem talks to itself, evolving along its own lines of perception, meandering through a landscape of light and sound, shifting between different states, listening to its own music. But a visitor can become part of this process, by his bodily presence as well as by being listened to, switching places with some parts of Strøem and controlling its flow. Like entering a rabbit-hole, or walking into a mirror a visitor will become immersed into a sensual form of disorentiation. How much he will see or hear, how far he will reach into the depths of Strøem depends on his will to engage with it alone. 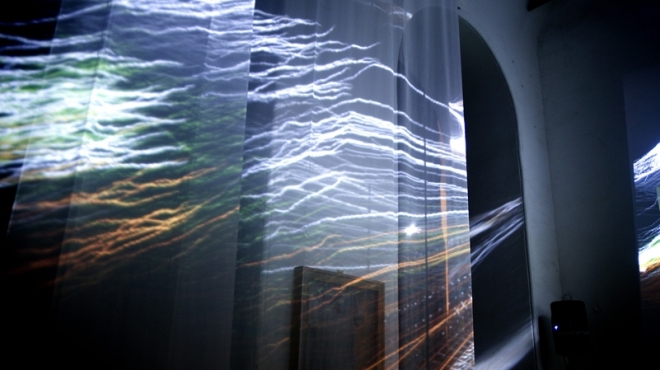 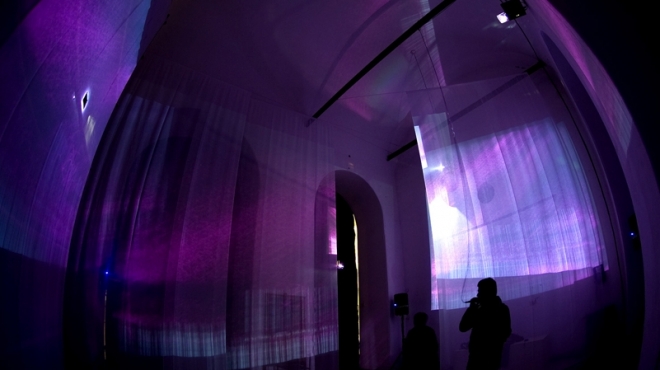 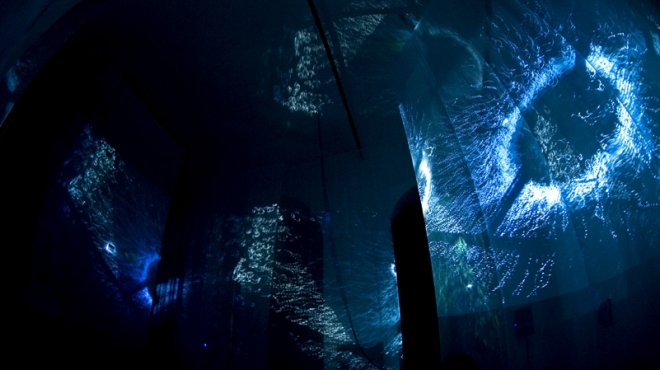 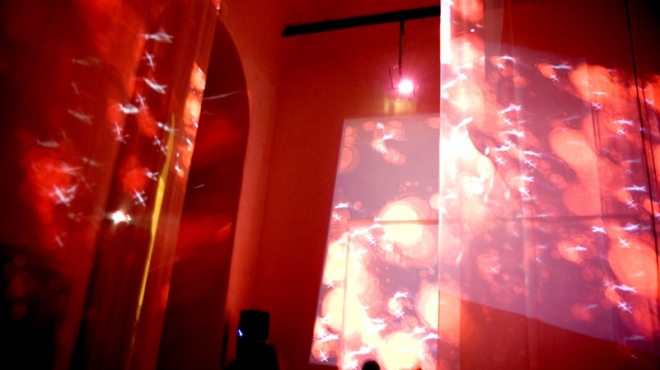 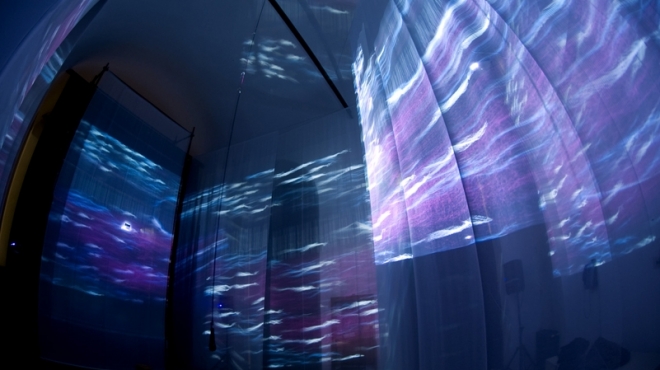 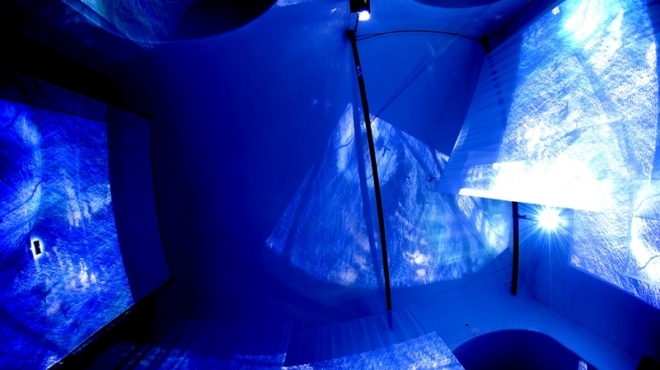 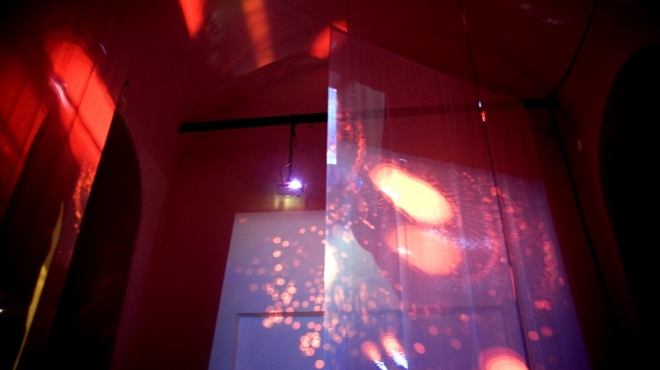