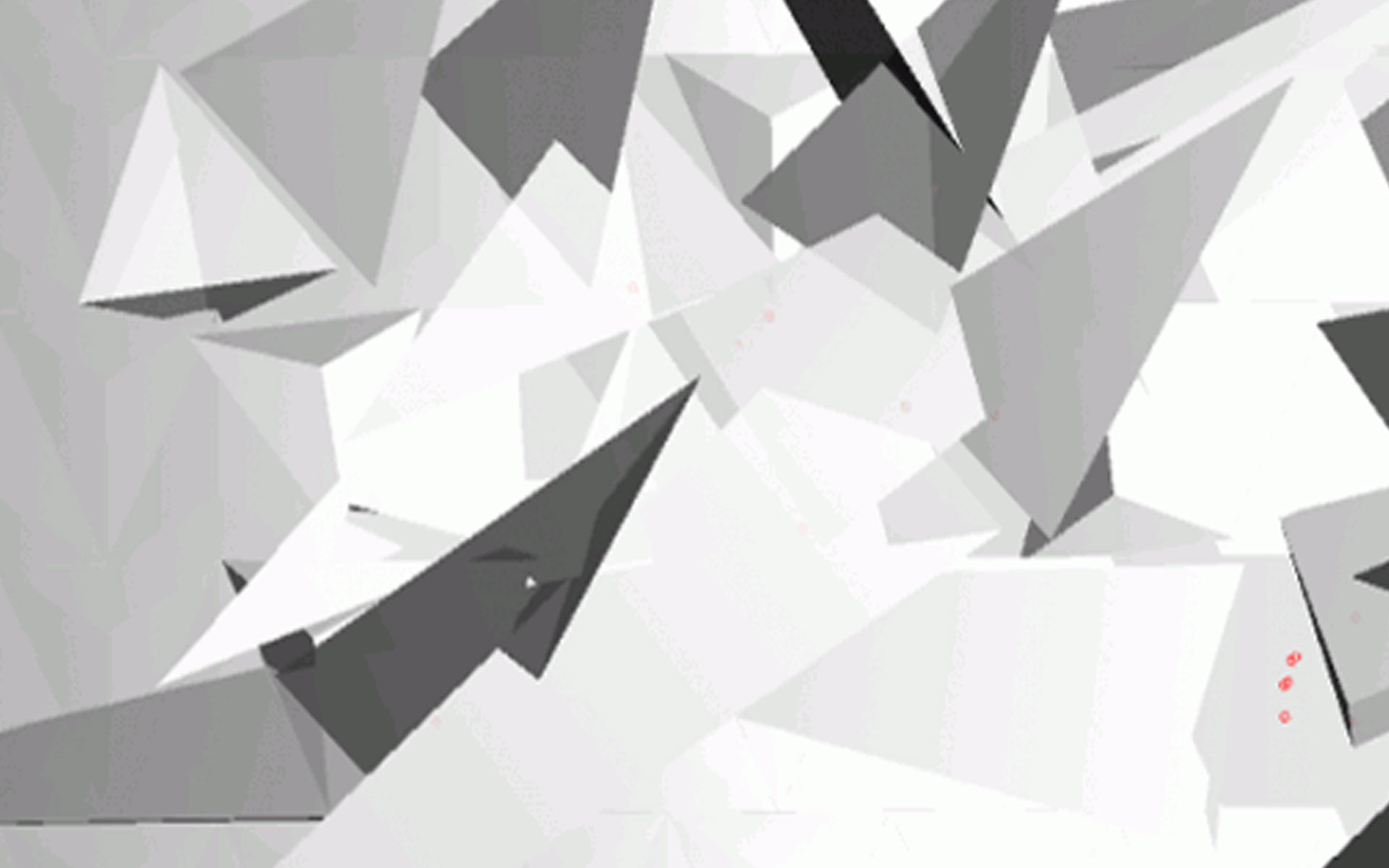 Infection is an audiovisual installation that intertwines with a given location, altering its spatial and temporal qualities over time. Referring to Umberto Ecos essay „Foucault’s Pendulum“ the work proposes not only a kind of space that is full of motion and change but establishes a visual – and acoustic – form of space that is a product of our imaginations. Behind each and every wall lies another space, which is being kept alive in our memories but which cannot be taken for granted once we have turned away from it. But what is common to all „our“ spaces, be it imaginary or substantial places, real or virtual ones is their „constructive“ quality. Hence our – spatial – imagination relies on their varying qualities of dimensionality and a constant process of reassembling their elements into different configurations.

Infection uncovers the ephemeral substance of the real and the imaginative by placing two projection areas in front of each other which slowly dissolve the actual space from both ends of the spectrum. While the view outside is transformed from a geometry of the real to another – more abstract – composition, the opposing wall – which is initally blank and devoid of any spatial notion beyond the two-dimensional – slowly reveals images of places behind it, which grow into formations similar to a real space. The room in-between is filled by a spatial sound composition which drives the rythm of visual change as well as extending the visual atmosphere into the real.

In the middle of the place a pendulum hangs from the ceiling, acting as a transition point to the imaginary. It represents a fixed point in time and space and while it cuts its path through the room in a steady motion, it is actual the space around that shift, change and revolve. By altering the speed and direction of the pendulum a visitor can gain influence of the surrounding dimensions, pushing or deforming, accelerating or slowing down the environment. 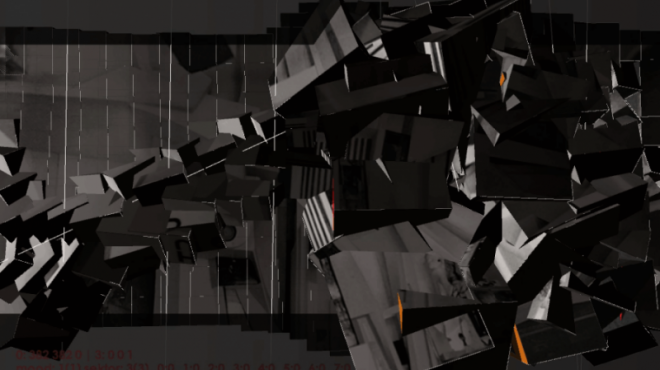 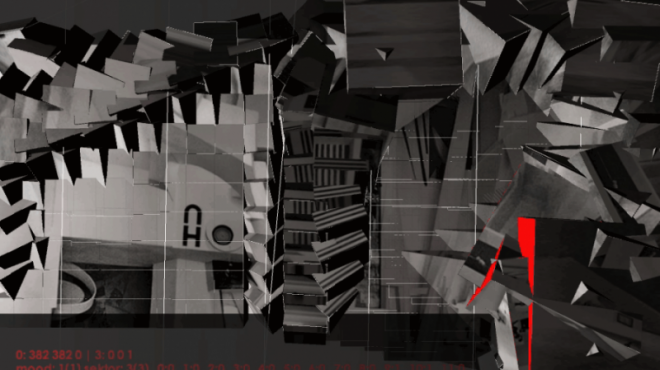 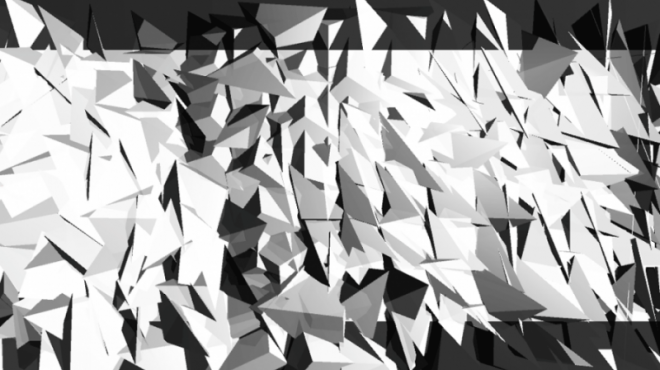 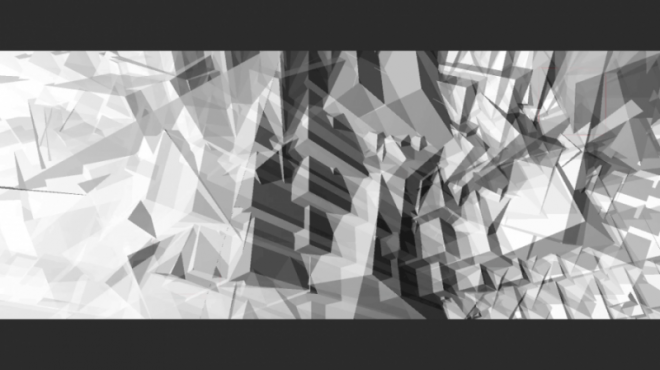 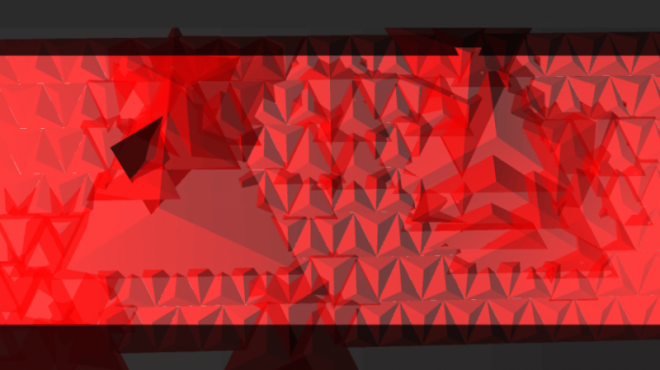 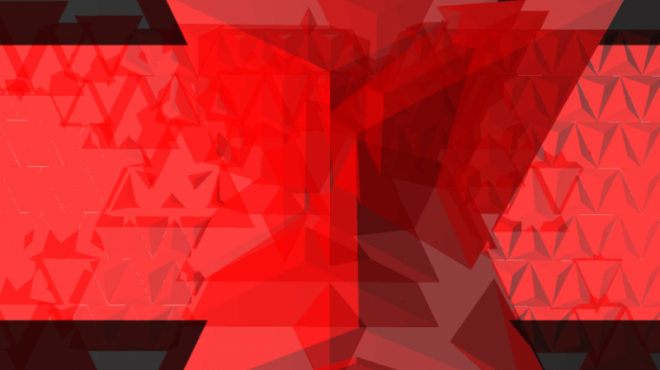