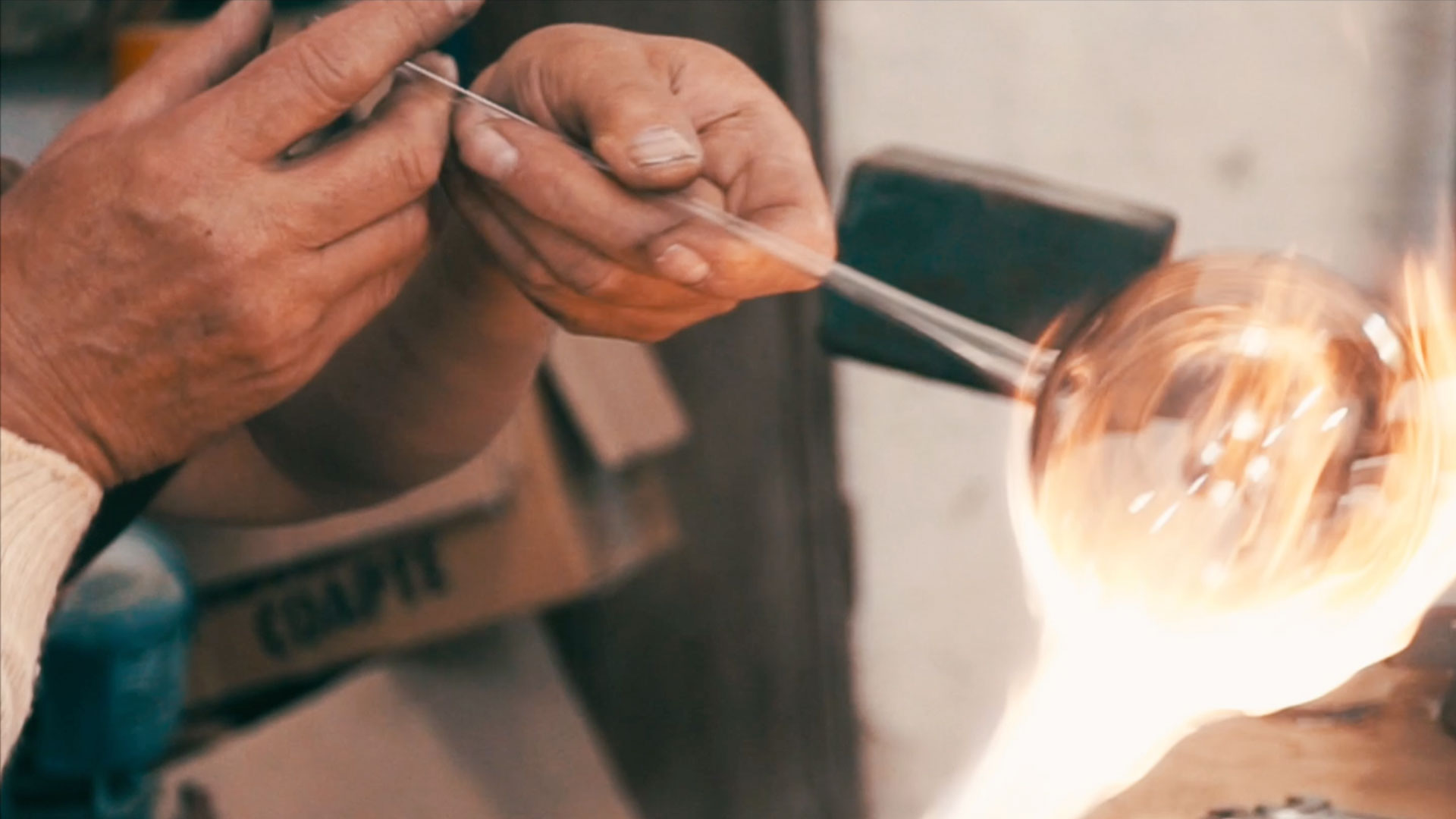 In Mediaș there is a tradition of more than one hundred years of glass production. In this region, a lot of gas is still being pumped, and in the nearby Tarnava River you will find the suitable sand. Gas and the proper sand were the key factors in glassmaking and glass processing. By 1989, more than 3,000 people were working in the Vitrometan factory, founded in 1923. Privatization and repeated takeovers have meant that it was completely closed three years ago. The former factory was finally bought up by the competition from Iran, with the aim of closing another European production site.

Former engineer Laurean Oltean and his son Horatiu Oltean have since run a small studio where they both work with an oven and blow glass. They produce, for example, glass balls, table bottles for oil, vinegar and syrup, containers for storing food. With their dedication, they keep alive the traditional craft of glass blowing in the region and continue to develop the craft in a very creative way. 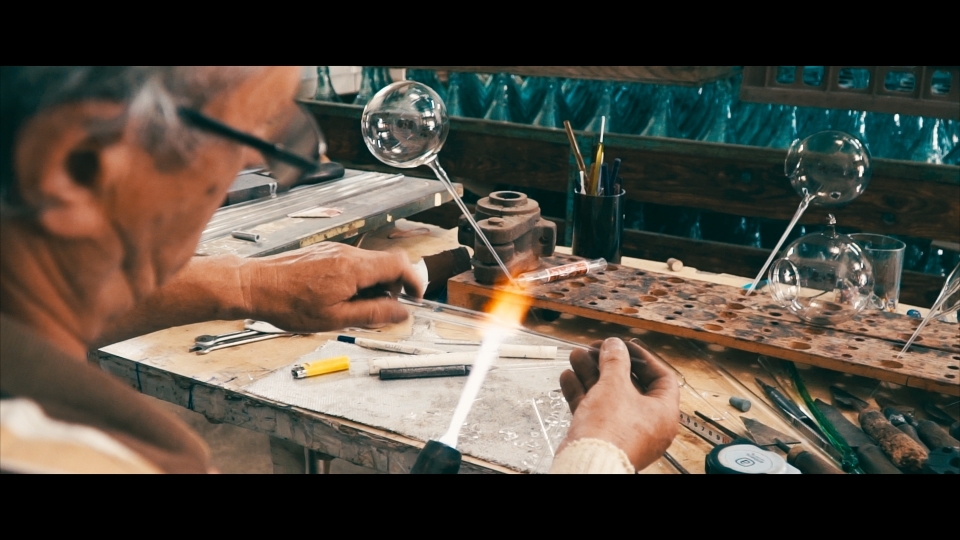 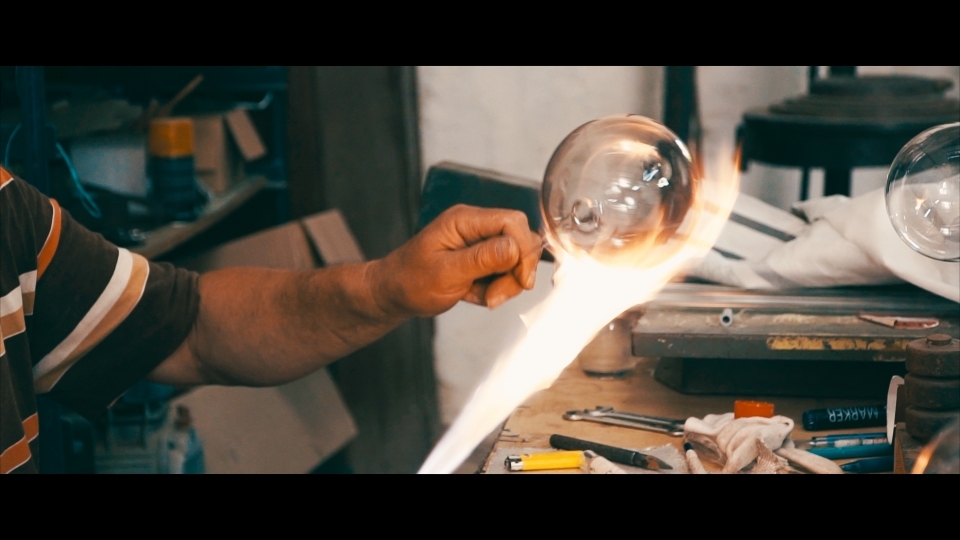 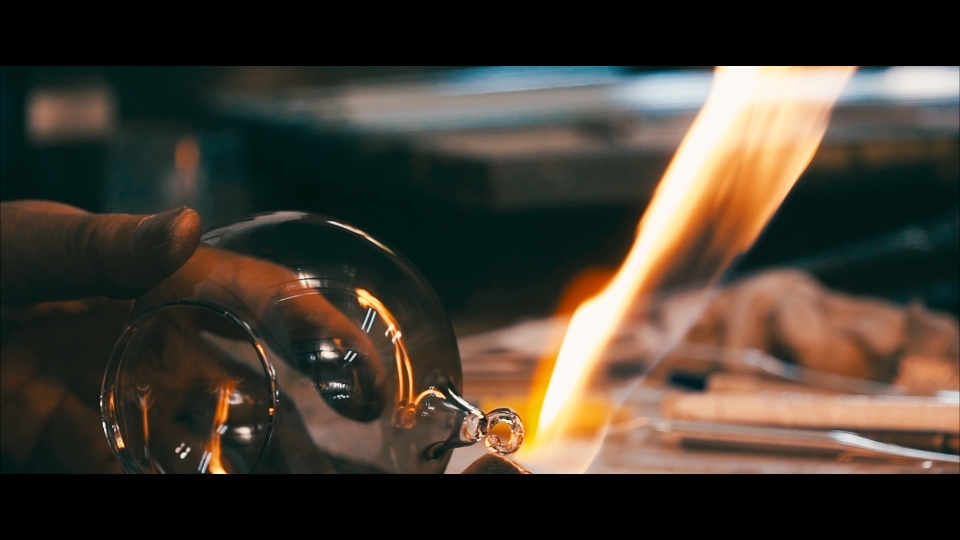